MiniGrant:
Psychological and physiotherapeutic support for women living in the countryside

“We just listen to each other and are open to each other, but the fight against stereotypes is not a revolution, it is long-term changes, processes, actions such as ours”

The association has been operating for 15 years, and its motivation to act is to fight against the stereotypical perception of rural women only as housewives, and at the same time men – as decision-makers, more important, smarter.
The group is trying to provide women in their village with opportunities for comprehensive development. They try to encourage them to think that they are also important, that they can focus on their needs, that in addition to their duties they also have rights. They provide education on social and economic equality for all genders.

“The problem of incontinence is not only a health problem, but also a social one, lowering women’s self-esteem and causing isolation and even depression” 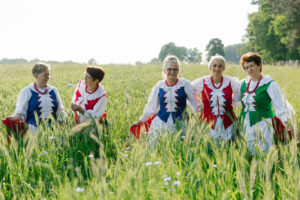 The members of the association want to raise an important, but at the same time embarrassing for many people, topic of incontinence in women. They will run a series of workshops for women living in the countryside. These will be meetings with a physiotherapist dealing with this topic, as well as with a psychologist. This way, the group wants to respond to two important needs: dignity in everyday life and attention to women’s problems.