MiniGrant:
Issue of a report on discrimination due to fatness in doctor’s offices

“In a patriarchal society, fatshaming is often associated with sexism, making women or non-binary persons the main target of discrimination”

Vingardium Fatiosa is an informal group that opposes violence and discrimination against fat persons in all spheres of life.
Activists conduct a podcast on fatemancipation and intersection of fatness with other features. In this way, they want to build a reality in which fat persons stand in solidarity with each other. Activists from the Vingardium Fatiosa group respect and appreciate the diversity of fat persons, while recognizing the impact of capitalism on the discrimination of fatness in the form of diet culture or fitness business.

“Fat persons are a special population, marginalized both from the outside and from the inside, which effectively hinders networking and the creation of safe spaces” 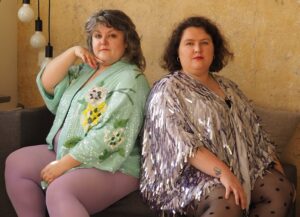 Vingardium Fatiosa will issue the first report in Poland on discrimination on the basis of fatness in doctor’s offices. The survey for the report is already ongoing and collects descriptions of experiences from the perspective of fat patients.
The report will be publicly available, free of charge, downloadable from the website. Its impact is to be twofold: the group wants the report to reach both fat people and peri-medical communities.