MiniGrant:
Networking and online support meetings for adult intersex persons and for parents and carers of intersex children

The Foundation was established on the initiative of an intersex person and a parent of an intersex person. Their dream was to create an organization that would respond to the needs of people with diverse gender characteristics, and their relatives. Currently, many intersex persons, as children, are subjected to so-called “normalizing” surgeries, as well as pharmacological and hormonal interventions. In addition to the risk of assigning a child to a gender with which he/she will not identify in the future, surgeries also cause serious health complications. The Interaction Foundation carries out its activities because it wants to support the emancipation of adult intersex persons.

“Building a community of intersex persons and their relatives is a long-term and demanding process, especially during the period of growing intolerance for diversity in Poland” 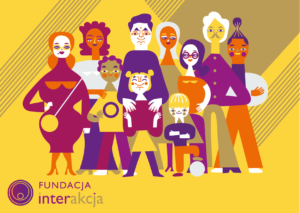 Grant amount: PLN 4 900
Graphics from the group’s own materials